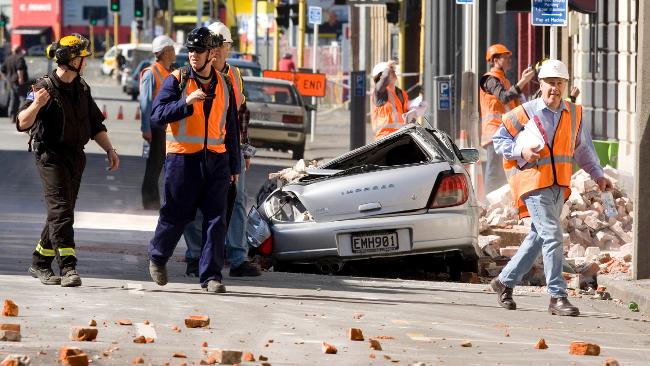 Of course we love Kipling, and enough to reprint that timeless poem bearing the name which we borrowed for this editorial, as we did last month. Timeless, because we are still letting our sons go to cannon fodder for the imperialist investment bankers – and in many of the same old places, such as Iraq and Afghanistan. Thinking about those places, see this month's offering from Kipling, A Young British Soldier. The battles for the control of the world's poppy fields are certainly nothing new. Getting back to our title, regardless of the state of Saxondom in 1899, when Kipling's poem was first published, today the White man's burden is something quite different. Something not so promising as that which the idyllic thoughts of Saxon world empire once invoked in our young men, all who went off to fight and die for something that only our God Himself can actually deliver, and which neither The City nor Wall Street ever will: a Saxon peace.

We as a race need to evaluate why it is that the entire world expects our assistance in every one of the calamities they suffer, and we fall over each other giving it to them - but we do not help our own kindred. The 2004 Indian Ocean tsunami sparked pledges of over 10 billion U.S. Dollars in aid, at least 85% of it from White nations, and a relative pittance from non-White but quite wealthy nations such as Saudi Arabia, China and Japan. Yet by the end of 2004 the United Nations groused that Europe and America were not doing enough. There were huge outcries and a seemingly never-ending campaign in the Western media for aid. American military units were deployed almost immediately to assist with disaster relief, and all Western media eyes were on Sumatra for many days.

In 2005, in the aftermath of the Hurricane Katrina disaster, their were huge demands for aid from both the U.S. media and large portions of the affected population, and the United States government bent over backwards with monetary support for victims. In fact, the more the government gave – from relocated housing to free $2000 debit cards – the louder the cries were for more. Of course, most of the victims doing the complaining and reaping the benefits were negroes, who make up a majority of the population of New Orleans, the city which was damaged the most in the disaster. Also in 2005, there was the earthquake in Kashmir, Pakistan. According to a Wikipedia article on the subject, Pakistan received over 5.4 billion U.S. Dollars in aid, mostly from America and Europe, and U.S. Military units were dispatched to assist in disaster relief. 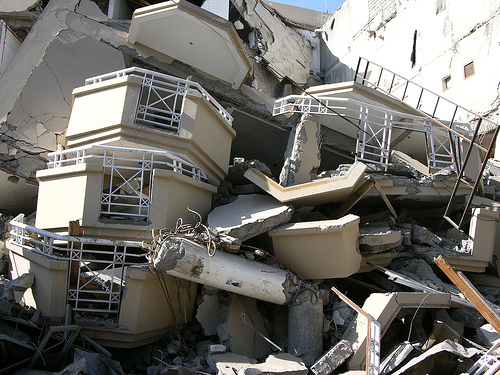 Likewise, in 2010, the Haiti earthquake sparked commitments of over 2.4 billion U.S. Dollars in aid, the lion's share coming in roughly equal portions from America and Europe. The media not only wound up the usual drumbeat for aid, but even glorified the adoption of Haitian children by Whites into supposedly better lives in Western nations. The cure is indeed often worse than the disease. A year after the earthquake, the Associated Press, as found at Yahoo News, reports that “One year after the earthquake, Haitians marched down empty, rubble-lined streets singing hymns and climbed broken buildings to hang wreaths of flowers. The landscape is much as the quake left it, thanks to a reconstruction effort that has yet to begin addressing the intense need.” In other words, Haitians still have not begun to rebuild Port-au-Prince, a year later, in spite of the huge commitment of monetary aid.

In stark contrast to the responses by the White world for Sumatra, New Orleans, Kashmir and Haiti, the 2008 Iowa flooding – which affected White families and businesses almost exclusively – brought no outcries for aid from the Western media. Yet – according to the All Headline News website – as much as 3 billion U.S. Dollars would be required to recover from the damages. The response from the U.S. Government was that “the Federal Emergency Management Agency said it would accept applications for disaster assistance”. No instant debit cards or four-star hotel lodgings, like the negroes of New Orleans were granted after the Katrina incident. (According to one Houston media outlet, KUHF, in a 2006 article entitled FEMA Ends Hotel Lodging, “the hotel bills paid by FEMA totaled more than $520 million. At the peak, 85,000 hotel rooms were paid by FEMA”.) Only an application form and a few miles and months of red tape were promised in Iowa! Neither were there daily outcries in the Western media for aid for the people of Iowa. In fact, most Americans remain oblivious to any troubles which Iowa had due to the recent floods.

Perhaps not as extensive as the damage in Iowa, the recent Queensland floods – according to Wikipedia – affected 200,000 people, caused about a billion Australian Dollars in damage, and cut that nation's GDP for the year by about thirty billion Australian Dollars. The flooding to the south, in Victoria, compounded the problems. Again, unlike Sumatra, Kashmir and Haiti, this has gotten very little attention in the Western media, and virtually none in the American media. No daily cries for aid to alleviate the suffering of White Australians!

Now there is an earthquake in Christchurch, New Zealand, which has caused severe damage in the heart of that city. Yet in a Google search for “Christchurch earthquake” conducted at 8:30 PM New York time on February 22nd, 2011, only one report from an American media outlet appears in the first four pages of search results (from Bloomberg Business Week). It was briefly reported on Fox and other news outlets this same evening, as this editorial is being written, however there are not yet any outcries for aid as there were in the wake of the Kashmir and Haiti earthquakes, and we do not expect there to be any such outcries. In fact, an article at The Australian candidly admits that “although it is possible Australian taxpayers will contribute further money [to Christchurch earthquake relief] if requested, it is unlikely they will be asked to pump millions of dollars into rebuilding efforts, as has happened in recent years after natural disasters in the Third World”. The article also states: “Australians have dug deep over recent years to meet the cost of overseas natural disasters and also face a new $1.8 billion levy to fund the cost of repairing damage from January's flooding in Queensland and other states, as well as that caused by Cyclone Yasi in north Queensland”.

Why is it that disasters which befall White peoples are virtually ignored by the Western media, while abroad in alien countries the disasters which befall the dark races are rapidly turned into charitable campaigns and tales of suffering and plight? When are Whites going to wake up to the glaring hypocrisy of the controlled media? And all the while, as our Saxon forebears did in the 19th century, in this age we still fight in the far-off hinterlands to make the world safe for Corporations. But we are losing battle after battle at home. For instance, in practically every country in Europe there are districts into which even the police dare not venture. 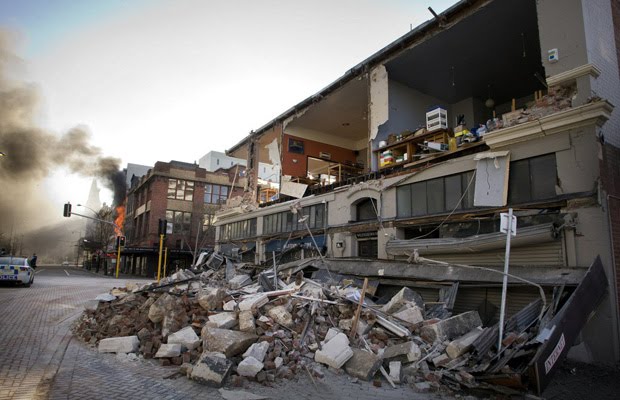 Now, in Britain, it is reported (by the Mail Online) that foreign squatters are being given legal aid to fight eviction from a £1million house, as its British owner has to represent himself in court. In the meantime, it is the squatters who are freely occupying the man's home. Additionally, as it is also reported by the Mail Online, policemen in Britain flee in the face of Muslim demonstrators, and tell homeowners not to protect their windows with chicken wire, since criminals breaking in may injure themselves and file lawsuits. The article in the Mail Online states that “Residents in Surrey and Kent villages have been ordered by police to remove wire mesh from their windows as burglars could be injured.”

We have become a mere caricature of ancestors, and if we do not wake up and begin to look out for the interests of our own White race – to love our real brothers and sisters - and disregard the agitation, begging, threats and other ploys of the non-Whites, then we are about to become homeless in our own nations, while trying to accomplish the impossible: the civilization of the alien nations.

“Give to the godly man, and help not a sinner. Do well unto him that is lowly, but give not to the ungodly: hold back thy bread, and give it not unto him, lest he overmaster thee thereby: for [else] thou shalt receive twice as much evil for all the good thou shalt have done unto him. For the most High hateth sinners, and will repay vengeance unto the ungodly, and keepeth them against the mighty day of their punishment. Give unto the good, and help not the sinner.” (Sirach12:4-7)

[This article had 1130 views on the old Saxon Messenger website.]