William Finck and Sven Longshanks of Radio Aryan present and discuss some of the historical and Biblical evidence of the dispersions of the ancient Israelites into the nations of Europe.

William Finck and Sven Longshanks of Radio Aryan discuss the marriage relationship between Yahweh God, fulfilling the part of a husband, and the collective nation of the children of Israel, fulfilling the part of a bride, which is depicted in the Old Testament beginning with the covenant agreement at Sinai, and ending with the divorce, or putting away, of Israel and Judah in the Assyrian and Babylonian deportations. We cite several passages from the prophets depicting the relationship between God and Israel in that manner, and we also cite several passages, especially from Isaiah and Hosea, which promised that in spite of the divorce, that the very same children of Israel would once again be betrothed and reconciled to God at some point in the future.

William Finck and Sven Longshanks of Radio Aryan discuss the marriage relationship between Yahweh God and the children of Israel, as it is depicted in the New Testament beginning with the proclamation of John the Baptist that Yahshua Christ was the expected bridegroom, as beforetimes Yahweh had promised to betroth the children of Israel anew in Hosea chapter 2. We cite several passages from the gospels depicting the relationship between Christ and Israel in that manner, and we also cite several passages, especially from Isaiah and Hosea, which promised that same thing, that the very same children of Israel would once again be betrothed and reconciled to God at some point in the future.

Picking up from where we left off last September, William Finck and Sven Longshanks of Radio Aryan discuss the nature of the Jews and their actual descent from Cain, the Rephaim, Canaanites and Edomites of the Bible, as we are informed in the New Testament, the pages of Flavius Josephus and elsewhere, such as in the writings of Greek historians such as Strabo of Cappadocia.

In this segment of Bible Basics, William Finck and Sven Longshanks of Radio Aryan discuss what is commonly called "two-seedline" among Identity Christians, and the Biblical evidence behind the distinct nature of the races, especially the nature and origins of the White race in contrast to that of the Jews and other ancient mongrels.

In this segment of Bible Basics, William Finck and Sven Longshanks of Radio Aryan discuss the epistles and ministry of Paul of Tarsus, hoping to provide a description of the meaning and importance of Paul's work in a Christian Identity perspective.

In this segment of Bible Basics, William Finck and Sven Longshanks of Radio Aryan summarize and discuss the Revelation of Yahshua, or Jesus, Christ, from a Christian Identity perspective.

In this last of our planned segments of Bible Basics, William Finck and Sven Longshanks of Radio Aryan summarize and discuss the relationship between the Old Testament prophets and the New Testament, from a Christian Identity perspective. Once the prophets are understood, it may be realized that they are indeed the foundation of the Gospels and the New Covenant. We may consider doing further segments of this series in the future, if we see that there is a need for them. 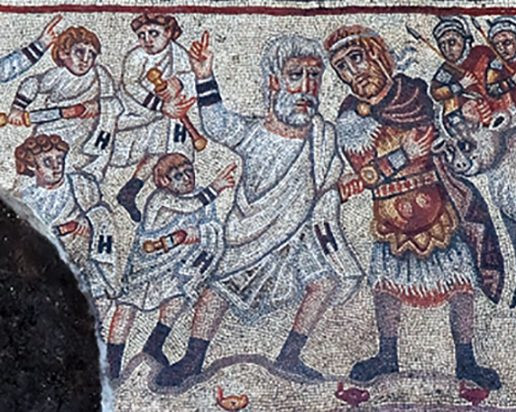 Who Are The Hunters?

Here we are going to present what I always thought was one of Clifton Emahiser’s more important papers, because it helps to provide a Scriptural foundation for our Christian Identity profession. It helps to answer the challenges as to why Christian Identity does not reflect the traditional Roman Catholic or Eastern Orthodox views of Christianity. Of course, we would assert that those views were never correct in the first place, and according to Scripture itself, they were never supposed to be correct. In order to prove that assertion, I would need to present a long dissertation on the prophets, or I could simply discuss Clifton’s essay, based on a prophecy in Jeremiah chapter 16, and ask the question which Clifton asks here: Who are the Hunters?

To begin, some time after I originally posted this article at Christogenea, Clifton had me preface it with a notice concerning plagiarism. So this evening, in order to avoid beginning with a long digression, we will move that notice and an accompanying discussion to the end of this presentation. This is one of the first of the essays that Clifton had called brochures, or pamphlets, after the format in which he distributed them to his readers. The earliest date for this essay in his computer files is December 19th, 2000, and it is also one of the first papers which I had proofread for him, a task which I began some time in late 1999. Now I will present Clifton’s article, and add some of my own comments to it, without further introduction:

Who Are The Hunters? Why Doesn’t Your Pastor Ever Speak Of Them?

Did you know while the Holy Bible speaks of “fishers” it also speaks of “hunters” in the very same verse? If you are unfamiliar with this pregnant fact, I will quote it from Jeremiah 16:16: 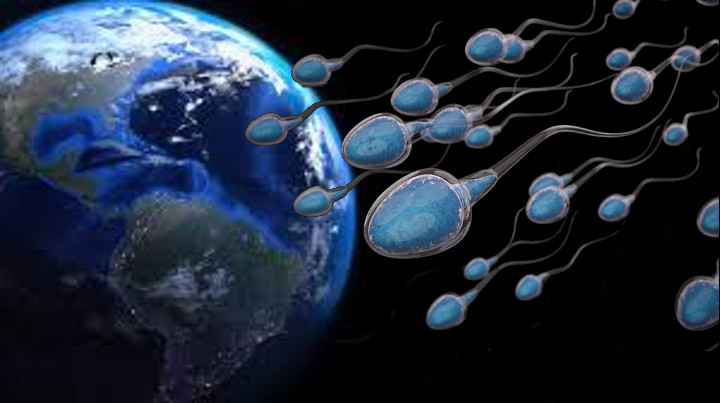 Here I am going to present and comment on a paper which was first published by Clifton Emahiser in September, 2006.

In my opinion, one important aspect of our New Testament commentaries here at Christogenea is a constant endeavor to illustrate the differences of Biblical Christianity, as it is evident in both the writings of the Old Testament prophets and the New Testament apostles, with the interpretations of Scripture which were accepted and institutionalized after Christianity had emerged from persecution in the 4th century, as a Roman-government approved Church began to take form. To a great degree, these interpretations are still found throughout the Roman Catholic and Eastern Orthodox as well as all of the Protestant churches.

While I am only offering a hypothesis, it is very likely that these differences resulted because Christianity was persecuted by Jews for several centuries, and by the Romans often at the instigation of the Jews, at the same time that it was being infiltrated by Judaizers, which is evident throughout the New Testament epistles and Acts of the Apostles. During this period of persecution, the Judaizers sought to corrupt Christianity, and as Judaic thought gained more and more traction on a persecuted Christianity, there is an evident transition which occurred within the first century of the dissemination of the gospel. The spread of the gospel began as a message to the scattered twelve tribes of Israel and ended by adopting what we may call replacement theology, which is the misguided concept that somehow mere “gentiles”, people of other races and nations, had replaced the actual children of Israel as the object of the promises of God. This happened during a murky period of Christian history from about 100 AD up to the time of Justin Martyr, a period about which little is known. But the apostles, as well as the prophets, had taught that the twelve tribes of Israel which were scattered abroad, and had already become many nations, were being called to Christ. But the Judaic form of Christianity which took root in Palestine and in Alexandria and which ultimately became dominant had taught that anyone who was baptized and believed in Jesus somehow became one of the children of a “new” Israel, which was the ecclesia, and later, the Church.

This situation greatly benefited the Jews, who were then able to claim a special privilege of being the “chosen race”, pretending children of Israel while denying Christ. At the same time, the Christians who had actually descended from the “twelve tribes scattered abroad” and who were the original objects of apostolic evangelizing were ultimately reduced to perceiving themselves as second-class citizens within their own Faith. Ever since the second century, the Jews have been able to position themselves into being perceived as a special class even though they continued to deny Christ, and in spite of the fact that they are not even true Israelites, but rather, they are Edomite bastards. Jewry has always been a criminal enterprise, and thus it was able to continue to this very day.